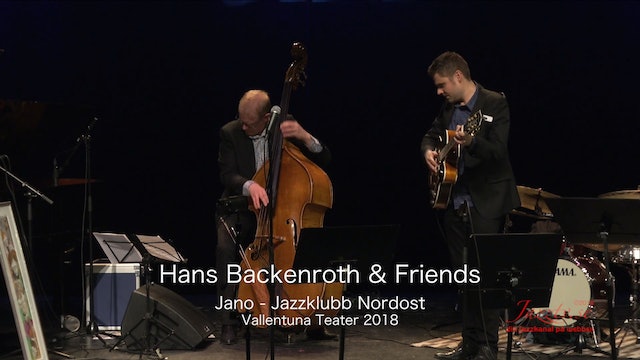 Hans is a Swedish master of the bass, and has with this group taken great inspiration from Red Mitchell's Communication, a group that appeared in the 70's and played a wonderful mix of well-chosen standards and original music. A music that is melodic and always swinging!

On this recording, musicians from different generations play together. At the time, Nisse Sandström was Hans’s teacher and called up Hans when other great bass-players couldn’t join a gig like Red Mitchell, Sture Nordin and others. Jocke and Hans have played together for almost twenty years, and together with Arne Domnérus, Bengt Hallberg, Claes Janson, Jan Allan, but perhaps mostly with Kjell Öhman Trio.

Erik Söderlind and Leo Lindberg belong to the absolute premier representatives of the younger jazz generation and have played with Hans in many constellations in recent years. The concert was recorded at JANO, Vallentuna Theater 2018.

Song soloist tonight is Christina Gustafsson, one of Sweden's premier jazz singers. She was born in Värmland and began singing jazz early in her life.
As a young singer, she moved to Stockholm and began to sing with many great Swedish jazz musicians like Magnus Lindgren, Ronnie Gardiner, Bernt Rosengren, Karl-Martin Almquist, Jojje Wadenius and Rune Gustafsson. Christina also writes her own music that we will get acquainted with in this program.

The concert was recorded at JANO, Vallentuna Theater 2018. 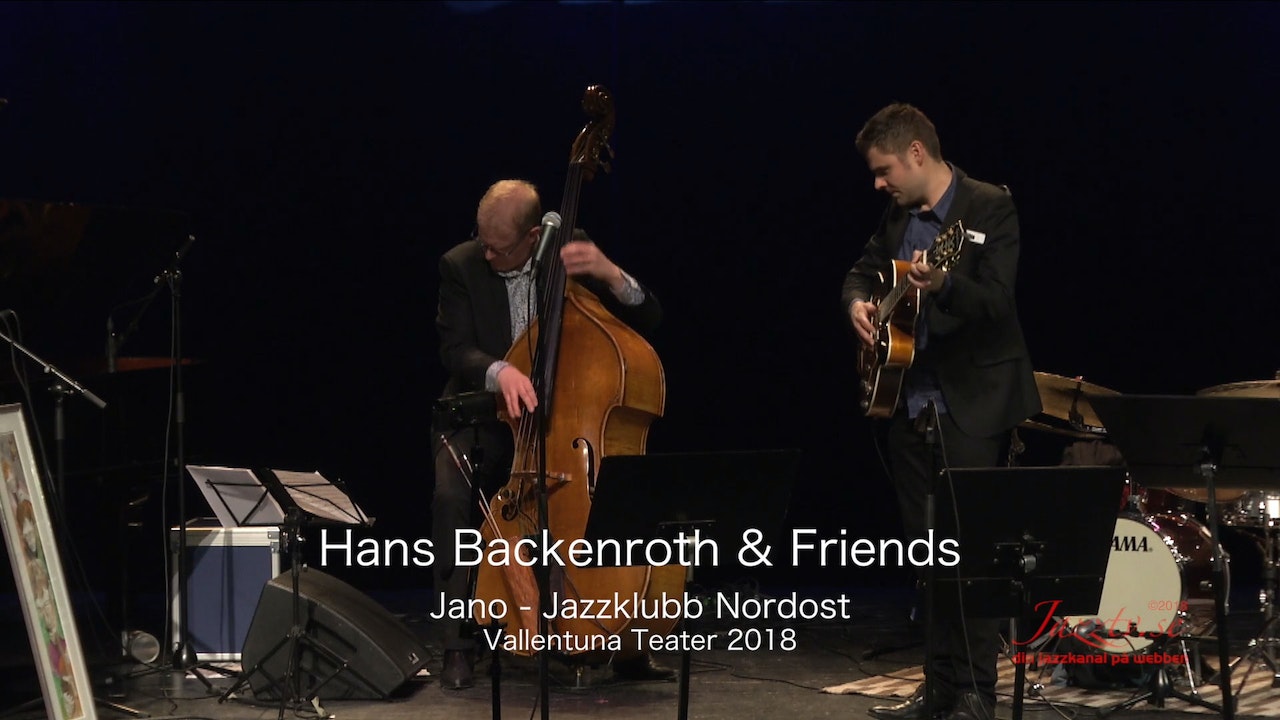